Thank you for your patience while we retrieve your images.


It was a cold and blistery morning. Zee decided it was time to trim the hedges, in an inebriated state. The time approached. Zee prepared himself by taking his lawnmower out, and downed another brandy and coke. He pulled the cord; it sputtered and died. He pulled again (like he loves doing), and it roared to life (true to form).


He was efficiently mowing the grass (in between his brandy and cokes), and decided to go into reverse. But alas, a pot plant foiled his plans, and he discovered the joys of cheap lawnmowers. His lawnmower roared with delight, and rose to the challenge, sensing the taste of flesh and nail. It tore through his fake Adidas trainers, through his Pep-store socks (which offered no protection except from the smell of his feet), and tore into his toe.


Chop chop, it was gone. Confused, Zee phoned his closest loved ones, but none of them would answer. Randall was busy with Verne, and Trevor was indisposed. A close friend answered Zee's call for distress, and rushed him to the hospital, where the hysterical laughter of the nurses and doctor's drowned out Zee's howls of pain.


After many drugs, Zee was pronounced cured, and thanked God that he just lost his nail, and not his toe. We have noticed however that he is not the same "man". 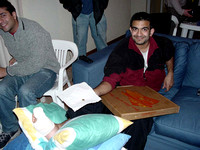 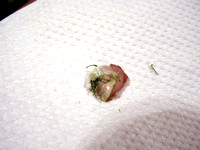 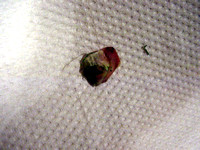 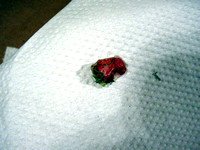 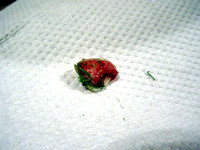 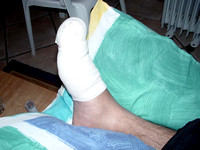 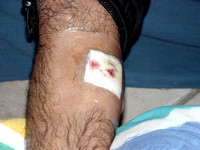 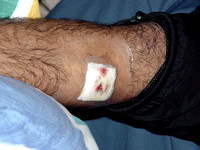 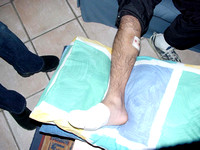 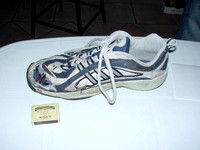 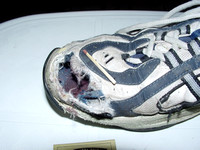 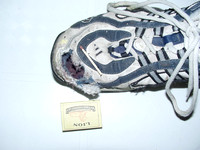 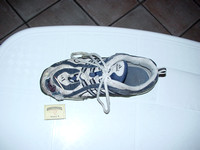